This is a fun version of the Flip Flap book, enabling the reader to read poems about pets that exist, like cats or rabbits, or creatively combine them, making up their own animal. For instance, a "cabbit" is a combination of cat and rabbit, and a "dake", of a dog and a snake. This game in itself brings attention to how words are formed and invite children to wordplay. You can choose to read it yourself or have the rhymes read to you by a lovely child reader. The words are highlighted in red when you are being read to, which supports the association between the sounds and their written form. It is a rhyming text with a wonderful use of adjectives to describe the crazy animal combinations, which supports communication and language. By creating new animals and their corresponding poems, the app may enhance children's creativity and broaden their imagination. This app is written and illustrated by the award-winning Axel Scheffler. It belongs to the series of Nosy Crow's flip flap apps which also have printed counterparts.

Other notable themes and features of the app include Animals, Humour, Imagination, Rhyming, UK dialect, Understanding the world, Words. 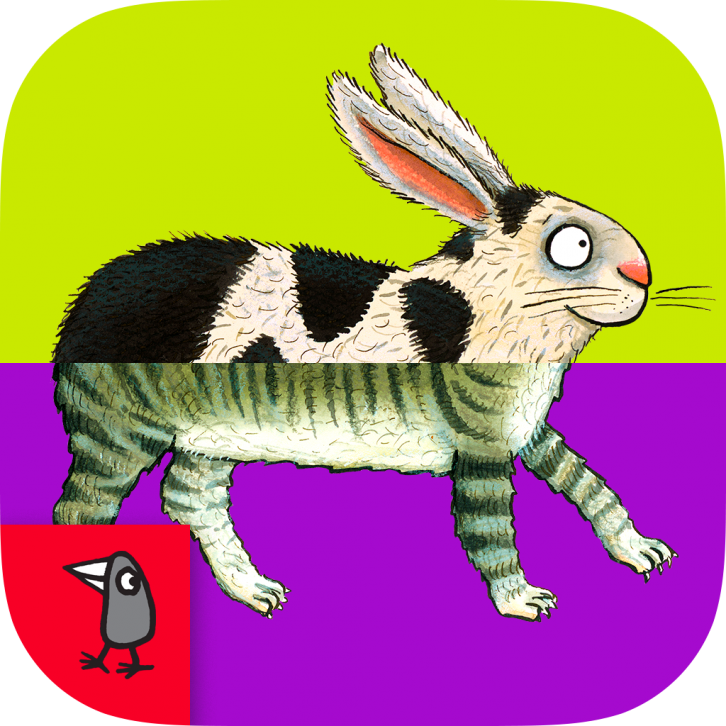